The Raven Test is a test used to measure intelligence, by solving matrices. Learn how to solve the Test, what it consists of and how to interpret the results. 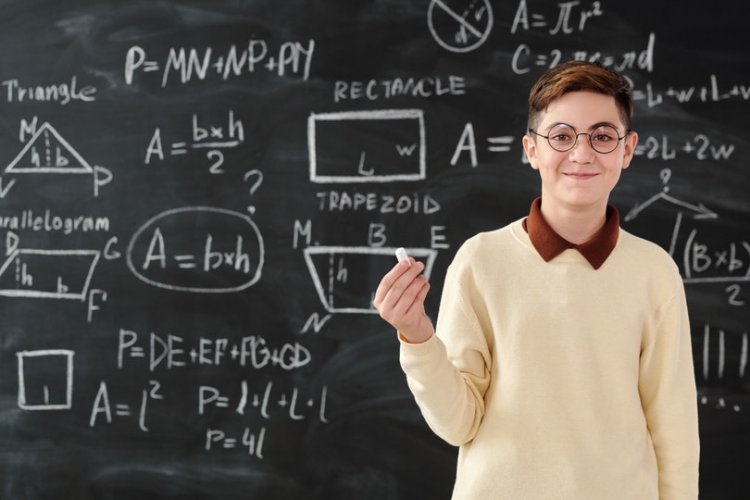 Raven's Progressive Matrices Test is a psychometric test whose main objective is to measure an elementary component of intelligence, the ability for abstract reasoning, also known as the G factor. This test was designed by John C. Raven and can be used for a psycho technical exam, a psychological test, or for a personnel selection process.

What does the Raven Test measure?

Psychometric tests originated as tools to measure the psyche (mind) and to be able to define different capacities that humans possess.

The Raven test is part of a set of psychometric tests designed to assess intelligence, more specifically, it examines the G factor.

Based on solving matrices and finding out which piece completes the image, Raven's test measures logical reasoning ability and abstraction ability.

What is the G-factor?

Raven's matrix test is based on the "eclectic two-factor theory" by Charles Spearman. This theory maintains that there are two types of intelligence: the “G” factor, defined as the general capacity characteristic of human cognitive abilities; and the “S” factor, such as the special or specific ability of each individual dependent on education.

According to Sprearman's bifactorial model, Raven used the deduction of relations and correlates in his test in order to measure the G factor.

This factor is equivalent to the ability to solve logical and mathematical problems and the general educational capacity that an individual has, providing information on the capacity and clarity of thought of the examinee for intellectual activity.

What does the IQ test consist of?

Raven's Progressive Matrices Test is made up of different geometric designs, or matrices, formed by elements of a non-verbal nature, which lasts approximately 60 minutes. To answer, you must analyze the series that is presented and following the horizontal and vertical sequence, choose one of the six or eight suggested pieces, which completes the sequence perfectly. 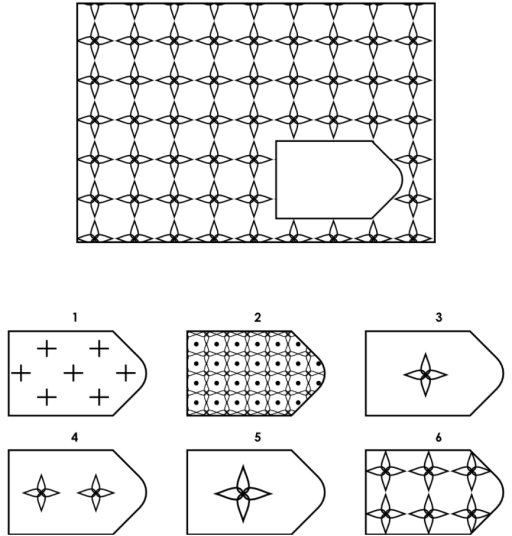 The strategies needed to solve the test are based on the ability to abstract and global interpretation of the situation. The person must use her analogical reasoning ability to be able to interpret each of the matrices and find relationships between the shapes of the design and thus order the information to find the correct solution.

Initially, a general scale capable of evaluating all types of individuals was developed. Years later, more scales adapted to other types of the population were created.

Thus, there are three versions of this test, which are applied according to the age and abilities of the examinee:

Standard Progressive Matrices (SPM): the first general scale elaborated consists of 60 matrices grouped into five series of twelve matrices each (series A, B, C, D, E), where the complexity increases as the exam progresses. This scale is the most widely used and was created for the evaluation of subjects between 12 and 65 years of age. All matrices are presented in black ink on a white background.

Color Progressive Matrices (CPM): This scale was created for the evaluation of children between 4 and 10 years old, and for those adults with a lower intellectual capacity. It consists of 36 arrays grouped into three series of twelve arrays each. The main differences with the general scale are:

- Reduction in the number of series: the most difficult series are eliminated and the simple ones are kept (series A and B); In addition, one of intermediate difficulty (AB series) is included.

- Inclusion of colors: the matrices are presented in color to make them more attractive and help in understanding the test.

- Form of application: in addition to the use of the typical answer booklet, it is also possible to carry out the test with a board.

Advanced Progressive Matrices (APM): the upper scale of the test was adapted for the evaluation of adolescents and adults with higher than average intellectual capacity. It consists of a total of 48 matrices grouped into two series, Series I with 12 elements and Series II with 36. The difficulty of this test is greater than the first general scale in all the series.

Take the Raven Test and put your analogical reasoning, perception and abstraction skills to work.

Interpretation of the Raven Test

As explained above, the Raven test is based on correctly completing the sequence of 60 matrices or problems divided into 5 series. After completing the test, the correct answers are added up and the percentile table is consulted according to the age of the subject who has taken the test. Once the percentile is obtained, it is compared with the intelligence table that relates each range with an intellectual capacity.

The values ​​are in percentiles in order to have a point of reference against a normalized group and to be able to compare an individual with other similar ones.

As an example, a 75th percentile would indicate that of 100 values ​​there are 75 that have obtained lower scores, and 25 have obtained a higher score.

Beyond the peculiarities of human beings, the authors proposed a scale of five degrees of intellectual capacity (Raven, et al., 1996):

Grade I or “intellectually superior”, percentile score of 95 or higher.

Grade II or “above average intellectual ability”, percentile score between 75-94.

Grade IV or “below average intellectual ability”, percentile score between 6-25.

Grade V or “intellectual deficit”, percentile score equal to or less than 5.

If you want to measure your IQ you can take the Raven Test in our application. Download Free Career Test.

This article is merely informative, in Vocational Test we do not have the power to make a diagnosis or recommend treatment. We invite you to go to a psychologist to treat your particular case.