INFJ stands for Introverted, Intuitive, Feeling, Judicious and represents the preferences of the individual in the four dimensions that characterize the personality type, according to the theories of Jung and Briggs Myers personality type. 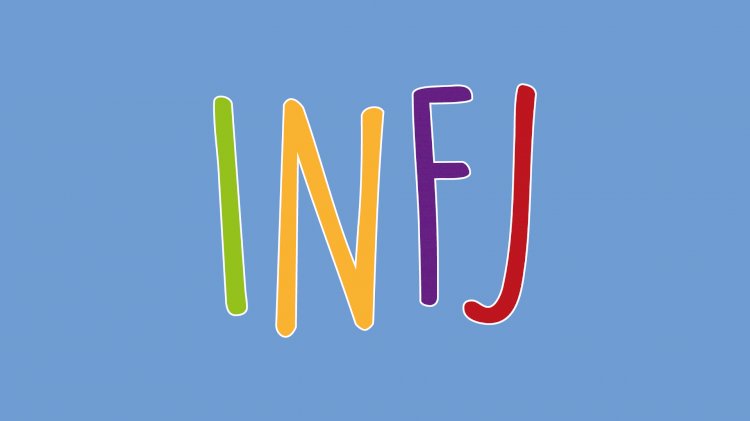 INFJs are distinguished as much by their complexity of character as by the unusual variety and depth of their talents. INFJs tend to be idealistic with a very humane attitude and, because of their J preference for completion and termination, they are generally "entrepreneurial" as well as dreamy. This rare combination of vision and practicality often results in INFJs taking a disproportionate amount of responsibility for the various causes that many of them appear to be attracted to.

INFJs care deeply about their relationships with individuals, as well as the state of humanity in general. In fact, sometimes they mistake them for extroverts because they seem very sociable and really care about people.

By contrast, INFJs are true introverts, who can only feel emotionally intimate and content with a select few from among their longtime friends, family, or blatant "soul mates." Although they instinctively try to win people's acceptance by fulfilling their personal and organizational demands, INFJs occasionally withdraw, sometimes excluding even their closest friends. This apparent paradox is a necessary escape valve for them that offers them as much time to rebuild their depleted resources as a filter to avoid the emotional overload to which they are very susceptible as innate "generous". As a pattern of behavior, perhaps to strangers, this is the most confusing aspect of INFJ's enigmatic character, and therefore the most misinterpreted, especially by those who have little experience with this rare type.

Due in part to the unique perspective produced by this alternation between indifference and involvement in the lives of those around them, INFJs may very well have the clearest perceptions of all types of motivations for others, for the better and for bad. However, the most important factor contributing to this mysterious gift is the empathic capacities usually found in F, which seem to be especially intensified in the INFJ type (possibly due to the dominance of the introverted function of N).

This empathy can serve as a classic example of the double-edged nature of certain INFJ talents as it can be strong enough to cause discomfort or pain in negative or stressful situations. More explicit internal conflicts are also not uncommon in INFJs; it is possible to speculate that the causes of some of these conflicts can be found in the specific combinations of preferences that define this complex type. For example, there can sometimes be a "tug of war" between NF vision and idealism and practicality J that encourages commitment to achieving the highest priority goals. And the combination of I and J, while perhaps improving self-awareness, can make it difficult for INFJs to express their deepest and most complicated feelings.

INFJs generally find it easier to self-express themselves in writing, as they tend to have strong reading skills. Since they also often have strong personal charisma, INFJs are generally ideal for "inspiring" professions such as teaching (especially in higher education) and religious leadership. Psychology and counseling are other obvious options, but overall INFJs can be remarkably difficult to pigeonhole because of their career paths. Perhaps the best example of this occurs in technical specialties.

Many INFJs find themselves at a disadvantage in dealing with the mystique and formality of "hard logic," and from an academic point of view this may lead to a tendency to lean toward the liberal arts rather than the sciences. However, the significant minority of INFJs who pursue studies and careers in these latter fields tend to be as successful as their T counterparts, since * Intuition * - the dominant function of the INFJ type - is the who masters the ability to understand abstract theory and put it into creative practice.

INFJs are, in their own way, as "system builders" as INTJs are; the difference is that most INFJ "systems" are founded on humans and human values, rather than information and technology. It is possible that for these reasons their systems are conceptual "less defined" than similar NT systems, more difficult to measure in strictly numerical terms and easier to take for granted - however, these same underlying reasons are what make that the resulting contributions to society are vital and profound.

Under their calm appearance, INFJs have deep convictions on life's most important issues. Those who are activists - INFJs are drawn to that role - are there for the cause, not for personal glory or political power.

INFJs are the champions of the oppressed and trampled underfoot. They often find themselves after an emergency, rescuing those in extreme danger. INFJs may dream of taking revenge on those who victimize the defenseless. The concept of "divine justice" is very appealing to the INFJ.

INFJs have a special gift for fluency in language and ease of communication. Furthermore, non-verbal sensitivity enables the INFJ to know and be intimately known to others.

Writing, counseling, public service, and even politics are fields where INFJs often find their area of ​​expertise.

INFJs are effective in occupations that involve substantial intellectual work, caring for others, and those that require creativity. INFJs develop successful careers in a wide range of organizations. Community and social care services, counseling, humanities, and social science teachers, health workers (both in administration and in medical services), various service-oriented professions alongside work in religious services, and Social movements are just a few examples of occupations favorable to INFJs. Most often, they are found in mid-range management positions. For some of them, occupations in science or academia are also favorable.