ISFJ stands for Introverted, Sensitive, Feeling, Judicious and represents the preferences of the individual in the four dimensions that characterize the personality type, according to the theories of Jung and Briggs Myers personality type. 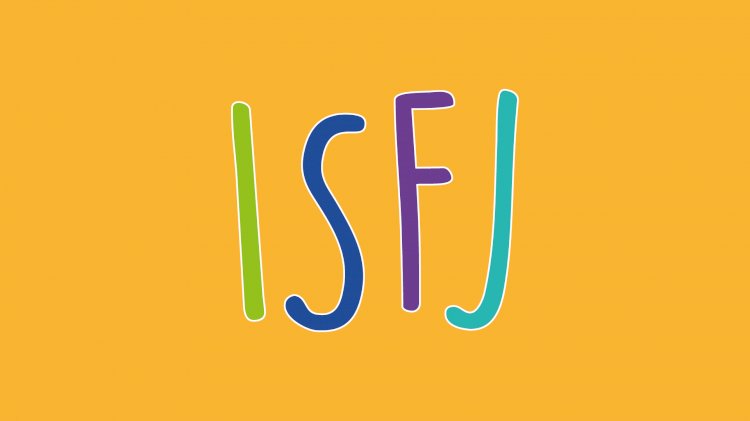 Characteristics of the ISFJ personality

ISFJs are characterized above all by their desire to serve others, by their "need to be needed". In extreme cases, this need is so strong that standard mutual relationships are very unsatisfactory to them; however, most ISFJs find more than enough things to deal with within the framework of a normal life. Since ISFJs, like all SJs, are very limited by prevailing social conventions, their form of "service" is likely to exclude any element of moral or political controversy; they specialize in the local, the personal, and the practical.

ISFJs are often undervalued at work, home, and play. Ironically, as time and time again they demonstrate that their loyalty and quality, unlimited work can be trusted, those around them often take them for granted, even take advantage of them. It is true that sometimes the problem is aggravated by the ISFJ themselves; for example, it is well known how bad they are at delegating responsibilities ("If you want it to be done well, do it yourself"). And while they take offense at being treated like a rag, they are often unwilling to brag about their achievements because they feel that even though they deserve more credit than they receive in some way it is wrong to want some sort of reward for the work they do (which it is supposed to be a virtue in itself). And since the I are discreet, their actions do not attract attention as it happens with the charismatic E. Because of all this, the ISFJ is frequently overexploited and as a consequence, they can suffer psychosomatic illnesses.

In the workplace, ISFJs are methodical and successful workers, often with very good memory and unexpected analytical skills; They are also good with people in small group situations or where only two people participate due to their patient and truly compassionate approach to dealing with others. ISFJs are friendly and trustworthy co-workers and exemplary employees, but they are often overwhelmed and upset in supervisory roles. They are capable of forming firm loyalties, but these are personal rather than institutional loyalties; If someone they have joined in this way leaves the company, the ISFJ will leave with that person if given the option. Traditional careers for an ISFJ include teaching, social work, most religious jobs, nursing, medicine (general medicine only), clerical support and clerk work of any kind, and some kinds of administrative careers.

Although their work ethic is on the top of ISFJ's priority list, their families are at the center of their lives. ISFJs are extremely loving and demonstrative within the family circle and are often possessive of loved ones as well. When these include E's who want to socialize with the rest of the world or IT independents, the ISFJ must learn to adapt to these behaviors and not interpret them as rejection. Being SJs, they place a strong emphasis on conventional behavior (although, unlike STJs, they are generally as concerned with being "nice" as with having good and strict manners); If any of your closest and loved ones get out of the way this causes the ISFJ the greatest shame: the closer the relationship and the more public the act, the more intense the shame (a fact of which many of its teenage children take advantage of it with joy). However, ISFJs generally soften over time and learn to view culprits as harmless eccentrics. It goes without saying that ISFJs go out of their way for meals, gifts, celebrations, etc., for their loved ones, although strong Js may tend to focus more on what the recipient wants rather than what they really want.

Like most I's, ISFJs have few close friends. They are very loyal to these friends and are ready to offer emotional and practical support in an instant. (However, like most Fs, ISFJs hate confrontation; if you fight someone, don't expect them to intervene for you. You can count on them, but run and find the most authority figure close). Unlike EPs, the older the friendship, the more an ISFJ will value it. One trait of the ISFJ that is easily misunderstood by those who have not known them very much is that they are often unable to hide or express any discomfort they may feel. For example, an ISFJ child may be reprimanded for "being in a bad mood", but the real cause of this is a combination of physical illness plus ill-focused "good manners". An ISFJ adult can cause a friend or partner (who later feels embarrassed) to have a fit of bad humor without explanation from the ISFJ, only to later explain that there was a death in the family and "he did not want to carry anyone with that". People close to ISFJs should learn to watch for the warning signs in these situations and take the initiative themselves to discover the problem.

ISFJs are often in occupations that involve many interactions with other people and / or require meticulousness and diligence. They work in organizations of various sizes and in industries, where they generally work with people. Very often, ISFJs realize their potential in health care (nurses, patient care, and medical services, as well as administrative jobs) and in various community care organizations. Other preferred occupation areas include social work and service-oriented professions

We recommend taking the M.G M.M test in the Caree Test app to obtain a more specific list of careers.